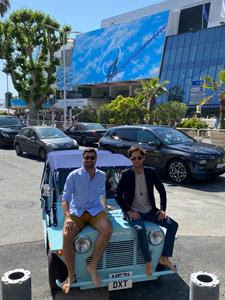 MOKE France owns the distribution rights for the MOKE electric vehicles in France, and will open its first flagship store ‘Casa MOKE’ in St Tropez this summer, bringing the iconic MOKE vehicle to the electric era. The annual Cannes Film Festival is the global cinematographic symbol of audacity and elegance, with an authentic and ‘avant-garde’ spirit, synonymous with the values of MOKE France.

Through the MOKE France partnership, SensCritique will be inviting film stars from the various Cannes festival locations for a journey down memory lane, revisiting their most beloved memories of the film festival over the years, whilst taking a tour in an iconic MOKE vehicle. The MOKE will be featured in a number of videos produced by SensCritique at the festival, between the 17th and the 28th of May.

“From Louis de Funès in The Exchange Student (1967) to Roger Moore in Live and Let Die (1973), the MOKE has always been a pop-culture reference connected with the movie industry. This exclusive partnership with SensCritique is an extraordinary opportunity to showcase our heritage and to epitomise the values of our brand at the world famous Cannes Film Festival,” said Willy Gruyelle, CEO of MOKE France.

“We’re delighted to offer this new format for our interviews in the 2022 Cannes film festival. To create genuine moments of complicity, what better way is there than riding with international talents in the new MOKE Electric,” said Maxime Ducrocq, CEO of SensCritique.

“The interviews will capture really intimate moments in the MOKE back in its natural environment in the South of France. The MOKE has been loved by French Riviera visitors since its conception in the 1960s, and is well and truly prepared for its reinvention as an electric vehicle this summer,” added Willy Gruyelle. 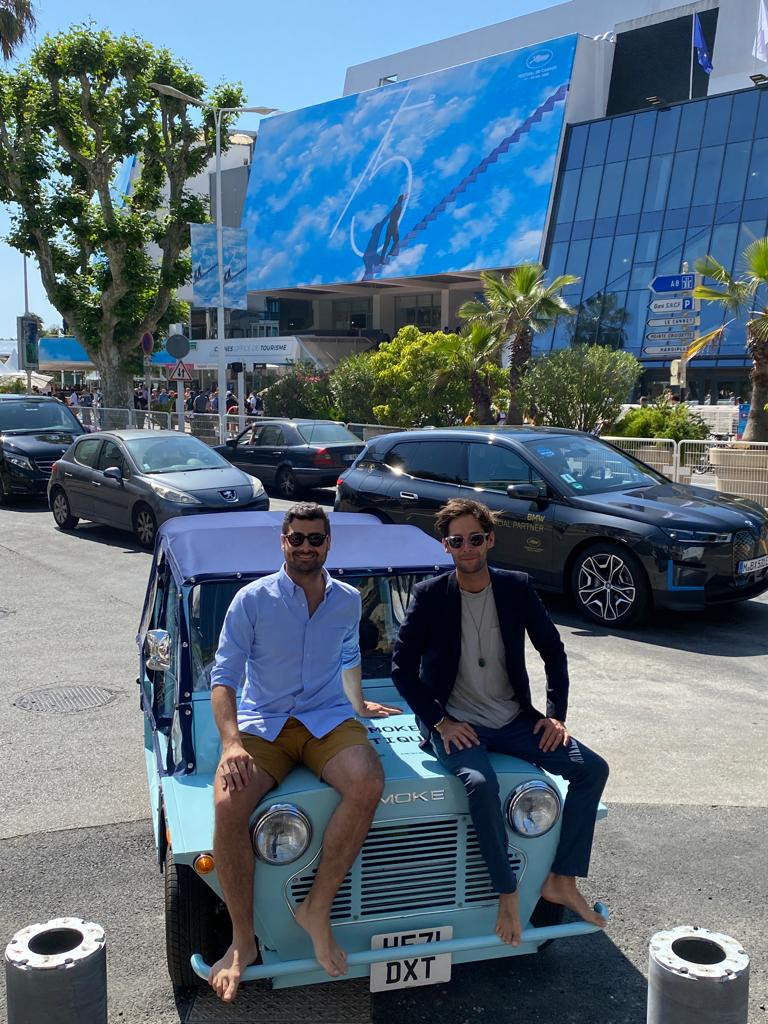 EV Technology Group was founded in 2021 with a vision of electrifying iconic brands – the and a mission of redefining the joy of motoring for the electric age. By acquiring iconic brands and bringing beloved motoring experiences to the electric age, EVT Group is driving the EV revolution forward. Backed by a diversified team of passionate entrepreneurs, engineers and driving enthusiasts, EVT Group creates value for its customers by owning the total customer experience — acquiring and partnering with iconic brands with significant growth potential in unique markets, and controlling end-to-end capabilities. To learn more visit: https://evtgroup.com/

EV Technology Group
Wouter Witvoet
CEO and Chairman of the Board
wouter@evtgroup.com

This news release contains forward-looking statements including, but not limited to, the collaboration between MOKE France SAS and SensCritique, the opening of Casa MOKE, the Cannes Film Festival and EV Technology Group operations, expectations, and future actions. Often, but not always, these Forward-looking Statements can be identified by the use of words such as “estimated”, “potential”, “open”, “future”, “assumed”, “projected”, “used”, “detailed”, “has been”, “gain”, “planned”, “reflecting”, “will”, “containing”, “remaining”, “to be”, or statements that events, “could” or “should” occur or be achieved and similar expressions, including negative variations.

Forward-looking statements involve known and unknown risks, uncertainties and other factors which may cause the actual results, performance or achievements of the Company to be materially different from any results, performance or achievements expressed or implied by the Forward-looking Statements, including those factors discussed under “Risk Factors” in the filing statement of the Company. Although the Company has attempted to identify important factors that could cause actual actions, events or results to differ materially from those described in Forward-looking Statements, there may be other factors that cause actions, events or results to differ from those anticipated, estimated or intended.

A photo accompanying this announcement is available at https://www.globenewswire.com/NewsRoom/AttachmentNg/86a096af-87c8-4708-b7de-8afedc1533a9